There are about 350000 Shui people (according to statistics in 1990), who live in Sandu Shui Autonomous County of Qiannan Buyi and Miao Autonomous Prefecture, Guizhou Province. The rest are scattered in Libo, Rongjiang, Duyun, Dushan, Majiang, Liping, Kaili and other counties and cities near Sandu Autonomous County. According to the statistics of the fifth census of Yunnan Province in 2000, there are 12000 Shui people living in Yunnan Province, mainly in Gugan Shui Township and Huangnihe town of Fuyuan County.

Before the Qin and Han Dynasties, there lived a large ethnic group in the south of China, which was widely distributed from Zhejiang, Fujian, Guangdong, Guangxi to Vietnam. This ethnic group is called “Baiyue”. Since the Tang Dynasty, the Shui people have settled in the upper reaches of the Longjiang River and the Duliujiang river. At that time, they were called “Fu Shui Zhou”. Because of the war and the exploitation and oppression of the rulers, after the Song Dynasty, some migrated westward to the upper reaches of the Hongshui River and to the middle reaches of the Huangni river at the junction of Yunnan and Guizhou. They were the ancestors of the Shui Ethnic Groups in Yunnan. As a minority, Shui nationality developed from Luoyue in pre Qin to Tang and Song Dynasty. After the Yuan and Ming Dynasties, a large number of Han immigrants from Hunan and Hubei came to settle down in the local area or to fight and defend, or to settle down at the border, and they intermarried with the Shui nationality, and some of the Han nationality also merged into the Shui nationality. As early as the late Ming Dynasty, Shui nationality was called “Shuijia”, because most of them lived on the banks of streams and rivers, and their living customs, natural worship and folklore were mostly related to water. Shui nationality means “people living by the water”. In 1956, it was officially identified as “Shui Nationality”.

The Shui language belongs to the Zhuang-Dong branch of the Chinese-Tibetan language family. The Shuis used to have an archaic writing script. Some of their words were pictographs, while others resembled Chinese characters written upside down. Except for scores of these ancient words that are still used for religious purposes, the Shuis use Chinese in their daily lives.

The Shuis boast a treasure house of colorful oral literature and art. Their literature includes poetry, legends, fairy tales and fables. Among the various forms, poetry, which consists of long narrative poems and extemporaneous ballads, are generally considered the most prominent.

Stories and fables in prose style praise the diligence, bravery, wisdom and love of the Shui ethnic group and satirize the stupidity of feudal rulers. With rich content and vivid plots Shui tales are usually highly romantic.

Their songs, which are usually sung without the accompaniment of musical instruments, fall into two categories. The “grand songs” are sung while they work, whereas the “wine songs” are meant for wedding feasts or funerals. 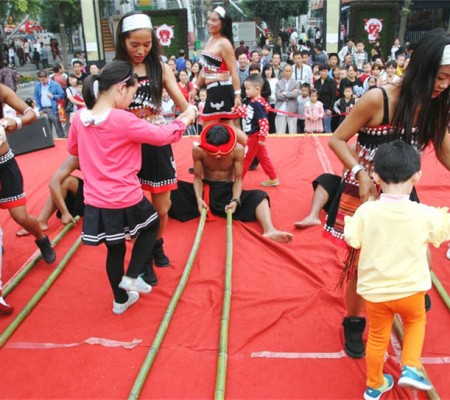 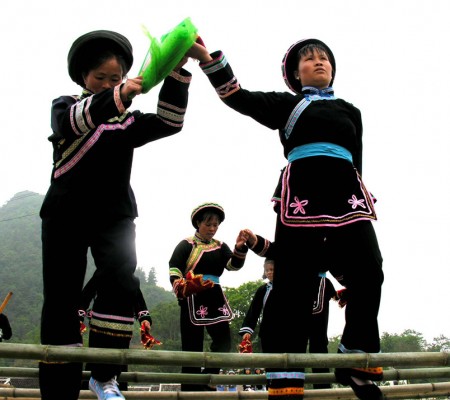 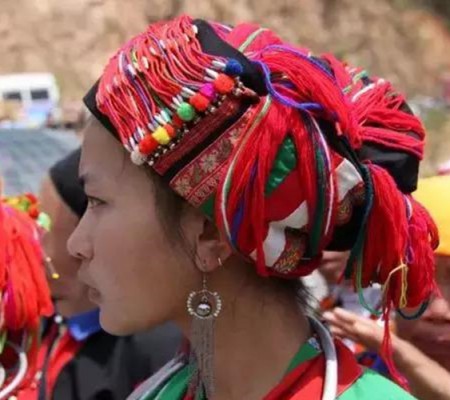 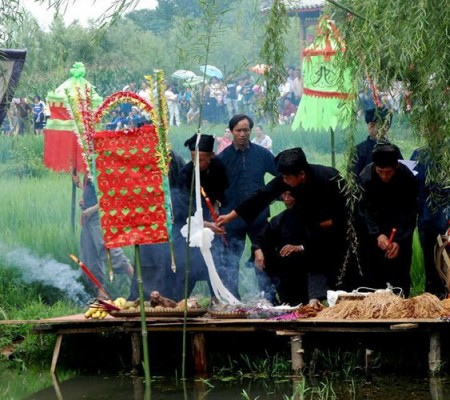 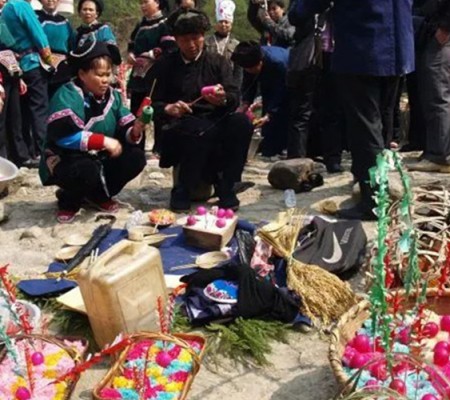 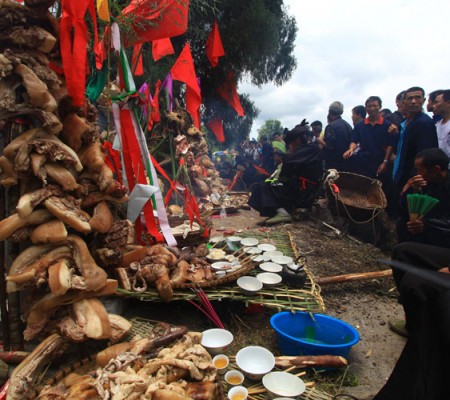 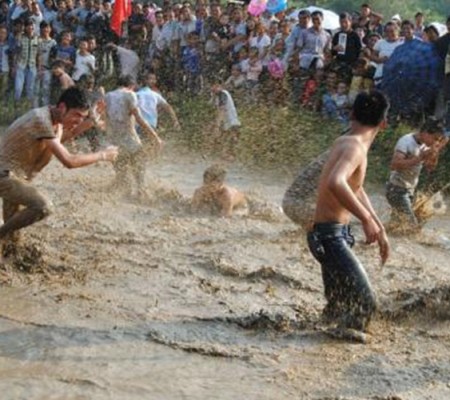 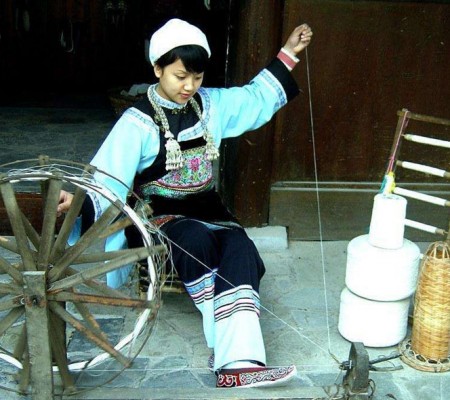 Changes After 1949 about Shui Ethnic Minority

The founding of New China brought a revival and further growth in production. During the land reform in the early 50’s, full respect for Shui customs was emphasized and... 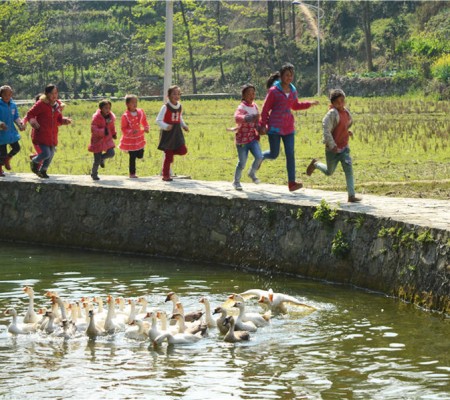 The Shuis usually dress in black and blue. Men have long gowns and black turbans, and women wear collarless blue blouses, black trousers and aprons, all of which are... 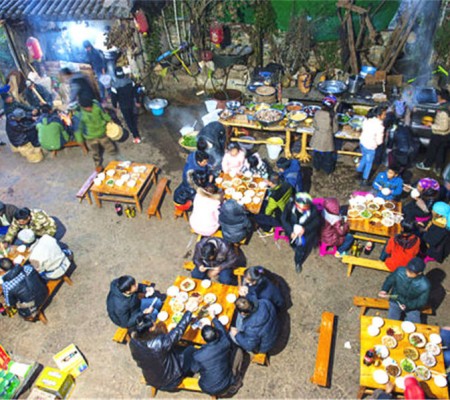 The Shuis are probably the descendants of the Luoyues, one of the early tribes that lived along China’s southeastern coast before the Han Dynasty (206 B.C.-A.D. 24). They adopted...