Yiche people is a branch of Hani ethnic Minority, which is the oldest branch of Hani nationality, with a population of less than 30,000, distributed in three townships of Dayangjie(大羊街), Langdi(浪堤) and Chegu(车古) in Honghe county, Yunnan. Due to the long interpretation of its historical migration, the people of Yiche created primitive, mysterious and brilliant culture in their long-term coexistence and collision with nature. It covers Hani’s farming, religion, sacrificial words, calendar, folk customs, costumes, marriage, diet, etc. It has profound connotations of sociology, folklore and ethics.

Legend goes that about a time when they very powerful, the masters of big kingdom established on the shores of a big lake, maybe located in the vicinity of Dianchi Lake and Kunming City; and of a time of defeat and incessant migrations. According to their legends and historical traditions, in the Tang dynasty they migrated to the south with other Hani tribes. Then they settled as an independent tribe in the oriental slopes of the Ailaoshan mountains. According to the genealogies that they preserve carefully (as other branches of the Hani do), they have been living in their current localization the last 1,000 years. Their ancestor was one of the grandsons of Yingzhe (the Hani hero) whose name was Yiche (the whole tribe took the name of this ancestor). Yiche was the third son of the fifth son of Yingzhe, the Hani leader that, according to their legends, led the people in a big migration to the part of Yunnan Province they inhabit nowadays.

The Yiche have their own language, a dialect of the Haya dialect of the Hani language; a term so wide that is divided in three main dialects reflecting the way six major ethnic groups speak. Speaking their dialect they can communicate with some other branches of the Hani that live in the vicinity, as the Bugong, Lami, Ruby and Rumei.

They inhabit several areas of Honghe County, especially some villages of Dayangjie (called Yiche Township by the locals), Langdi and Chegu Townships. Most of the Yeche villages are situated in the southern side of the Yuanjiang River, usually in the middle heights of the mountains. Their midst mountain in the back of the terrace fields carefully cultivated make the Yiche living environment one of the most beautiful in China.

The religion of Yeche people is based on the cult to the ancestors and in the deification of the forces of the nature. The fundamental concept is the existence of different souls or “yuela.”

They believe that people are eminently spiritual beings that have twelve souls. After death the soul of people becomes a spirit. Much more powerful than these spirits are the gods. A person can fight the spirits, but before the gods he can only submit himself. They divide their main deities according to the place where they inhabit. Their six main gods are Momi(God of the Sky), Mishu(God of the Earth), Pumaepo(God of the Forests), God of the Water, God of the Fire, and God of the Cliffs.

See more about the Religion of Yiche Ethnic People.

Costumes of the Yiche Ethnic People in Yunnan

The woman of Yiche wears a pointed soft hat sewn with white cloth called “Pachang帕常”, which is similar to the rain hat on the raincoat. There is a section of swallow tail at the back. The edge of the swallow tail is embroidered with various exquisite patterns with colored thread. Inside, a white thread is used to tie the “Pachang” on the braid to avoid being blown away by the wind.

The patterns embroidered on the back edge of Pachang can be vaguely identified as countless “fire” characters, which are the ancient tribal symbols of Yiche people. By virtue of these hidden “identity certificates” on women’s heads, they make their own ethnic groups continue clearly.

They also wear shortsleeved blue blouses held together by five-colored girdles. The clothes are layered one on top of each other, numbering from six to more than a dozen. … The layers indicate a family’s financial standing. Women wear black shorts with pleats at the legs.

The marriage custom of Yiche people is very unique, no less than that of Mosuo people. At the age of five or six, or even just a few weeks after her birth, Yiche’s parents arranges the marriage for her and when she is over 14, she can marriage. However, after the engagement, Yiche girls are still free to fall in love. In the traditional houses of Yiche people, there will be an independent ear room outside the house. When the girl is 14 years old, she can move to a small ear room to live in. She can meet her lover freely and talk about love without interference of her parents. The girl can lose money to return her marriage after she has her favorite lover, but her future husband will pay double the betrothal price.

And after the marriage, the women of Yiche are also very free. As long as you have no children, you can fall in love freely and even bring your lover home. But after having children, this kind of behavior is strictly prohibited, and violators will be driven out of the home.

YangAna is also called The Girls Street Festival for the main participant of Yiche girls. In Hani Language, YangAna means that people sing and play in their spare time. YangAna is usually held on the first monkey day after Huangfan Festival(黄饭节) of Yiche people at the pass of Mengzhehongdu mountain, which is the holy mountain that Yiche people admire. It is said that on the day of YangAna Festival, Yiche people can forget the hardships of labor, and get relaxed after climbing to the top of mountain.

Kuzhaza festival, celebrated at the beginning of the rainy season, is one of the main festivals of the Hani. But among the Yiche this celebration is usually enjoyed with crazy intensity; as the people dress with a kind of fantastic or other sex clothes; and in the climax, their dance simulate the sexual act , as a mean to ask for increase in the population, rice, livestock, etc.

Zhatele festival is also known as “October year”. Every year, from the first dragon exhibition day to the monkey day of lunar October, lasting for 6 days, it is a grand festival for Hani people to say goodbye to the old and welcome the new. During the festival, there is a new scene in the village. Men, women, old and young wear new clothes. Villagers kill pigs and chickens. The October year of Yiche people, in addition to reflecting the common affection and family reunion of all ethnic groups, has two forms of celebrating the new year. One is Stone Carnival and another is Abado banquet. 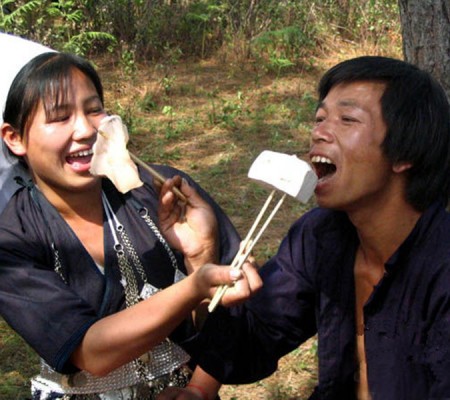 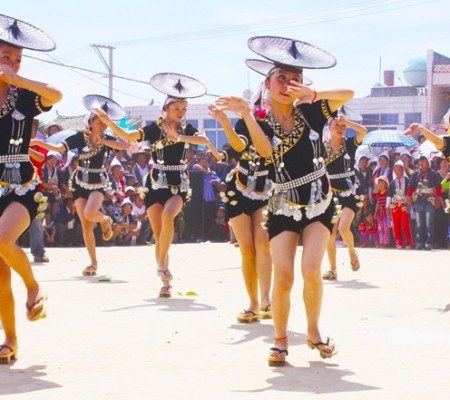 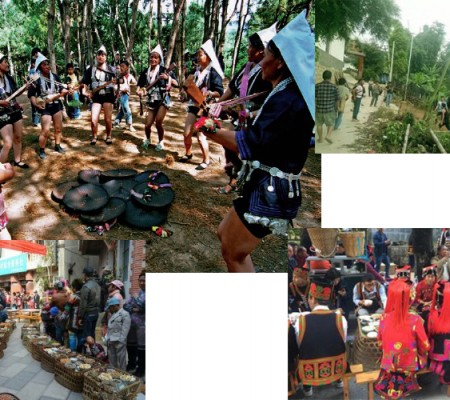 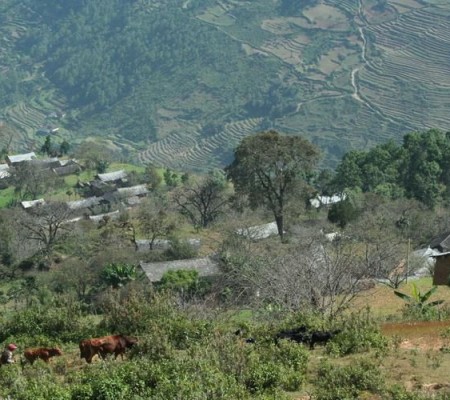 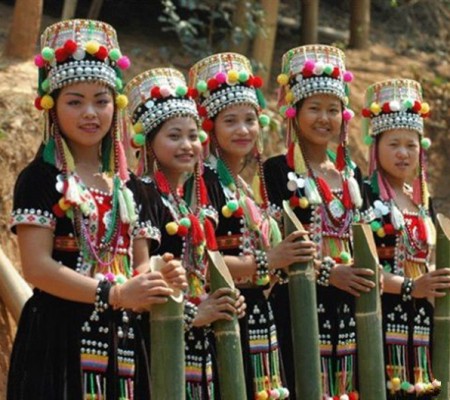 The Religion of the Hani Yeche Ethnic People

The religion of Hani Yeche people is based on the cult to the ancestors and in the deification of the forces of the nature. The fundamental concept is the... 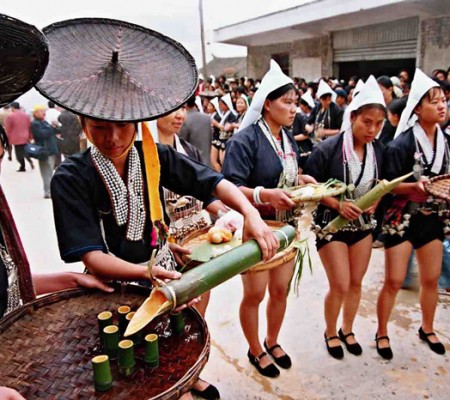 Chinese Name: 红河县奕车人仰阿娜 English Name:YangAna Festival or The Girls Street Festival of Yiche Ethnic People Location: 红河县大羊街乡富宁村孟子红都山 When waxberry is ripe, it means the early summer is coming. With the basic...