Located in the southwest of Lincang City, Cangyuan Wa Autonomous County is over 800 km away from Kunming, the capital of Yunnan province. It’s a border city, Burma neighbors it in the west. More than 20 minority groups inhabit there for generations, among which Wa people takes up the largest proportion of the population. Cangyuan is regarded as a multicultural region. It boasts its unique culture and activities which are quite different in other resorts at home and abroad. The fun, passionate and unique Monihei Carnival  and New Rice Festival are the popular festivals of Wa people.

Cangyuan Cliff Paintings is an Ancient art created by the ancesters of the minorities in the late the Neolithic Age, The Cliff Paintings have been found 11 sites, distributed along the border with Myanmar, with numberous portrayals of prehistoric life scenes which is shaped with smooth, flowing lines.

Guangyuan Burmese Temple covers an area of 2193 square meters, built in Qing Dynasty. The main hall of the temple has strong characteristics of Thai traditional craftsmanship. Guangyun Burmese Temple rolls architecture, carving, painting and Buddhist culture into one, playing an significant role in the history, culture and religion.

Wengding Village is a best-preserved the primitive Wa residential architectures and ethnic culture, a must-see tourist site in Cangyuan County. Wooden Drum  Dance and Hair-swaying Dance is a representative of Wa folk culture, played in a religious ceremony or festival.

Other Destinations in Cangyuan County

Cangyuan is a remote and mysterious city sitting the border with Myanmar. The minorities take up 93% of the whole population. Wa ethnic groups boast its unique folk culture. Monihei Carnival: The annual crazy and passionate Monihei Carnival attracts thousands of people all over the world. Cliff Paintings: You can inspect the mysterious ancient cliff paintings created by the ancestors of the minorities 3000 years ago. Wengding Village: Wengding Village(翁丁村) is a outstanding tourist sites in Cangyuan, the architecture and customs are well-preserved and unique. You [...] 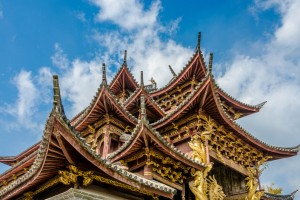 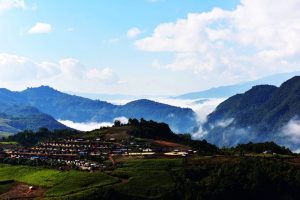 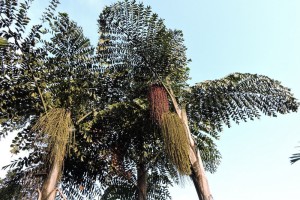 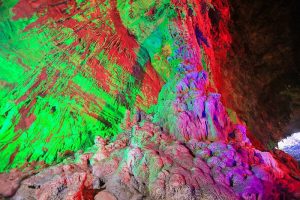 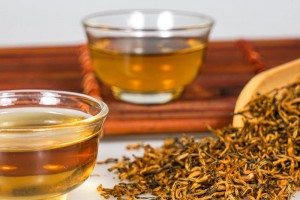 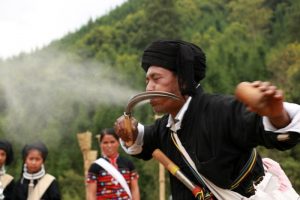 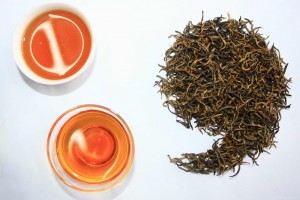 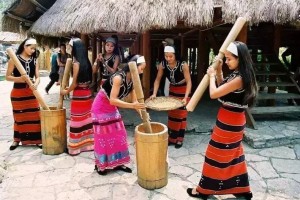 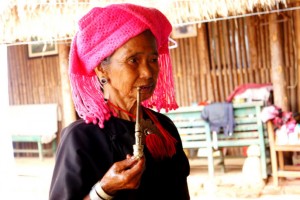 Cangyuan Wa Autonomous County enjoys subtropical low-latitude mountain monsoon climate. The average temperature is 17.2℃, the temperature is in the range of -1.3-34.6 ℃. The annual rainfall is 1425-1595 mm. Compared with winter, the summers have much more rainfall. It’s generally a warm city, enjoying favorable weather all the year round. Therefore, if you ask what is the best time to visit Cangyuan, it is fine to visit at any season.  [...] 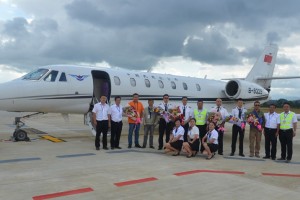 Cangyuan transportation is relatively convenient, you can choose to take a plane or a long-distance Bus. How to Get & Leave There By Air Cangyuan Washan Airport (沧源佤山机场) is an airport being built to serve Cangyuan Wa Autonomous County in Lincang, Yunnan province, southwest China. The airport is located in Nuoliang Township (糯良乡). Construction began on 20 December 2013, the airport have been opened to navigation by the end of 2016. It is the second airport in the prefecture-level city of Lincang, after Lincang Airport.  By Long-distance Bus 1. Cangyuan Bus terminal 沧源客运站 Address: Provincial [...]

More than 20 minority groups inhabit there for generations, among which Wa people takes up the largest proportion of the population. The rest of nationalities are Yi, Lahu, Zhuan, Bai, Hui, Lisu, Miao and Han, etc. Wa means "people who live in mountains". Wa people traditionally lived in the isolated mountain, the border region between China and Myanmar.  Here is a list of Festivals in Cangyuan County. The Sowing Seeds Festival (March of the solar calendar) The "Bengnanni" Festivalor Wa New Year (the last day in the last [...] 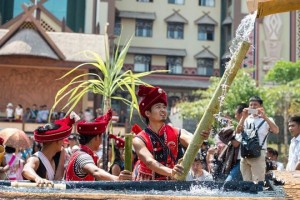 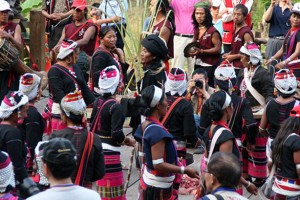 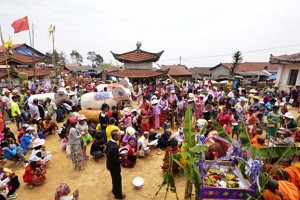 Cangyuan Wa Autonomous County is located in the southwest of Lincang City, Yunnan Province, over 800 km away from Kunming, the capital city of Yunnan Province. It’s a border city, Burma neighbors it in the west. More than 20 minority groups inhabit there for generations. The best time to visit Cangyuan Cangyuan enjoys a favorable climate, it’s fine to visit around the year. What to Prepare? Dress: The climate in Cangyuan is the subtropical monsoon climate, annual average temperature is 17.2℃, the lowest temperature is -1.3℃. Therefore, in [...] 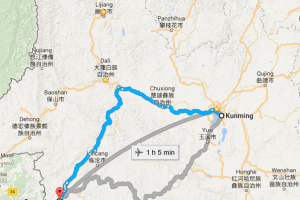 Cangyuan Wa Autonomous County is located in the southwest of Lincang City, Yunnan Province, over 800 km away from Kunming, 222 kilometers from Lincang. Shuangjiang County sits in its northwest, Lancang county is in the southeast of Cangyuan County. It boders Gengma County(耿马县) in its north and neighbors Burma in the west. Yunnan Exploration Travel makes some maps for your reference. The location map of Cangyuan County and the location maps of Cangyuan attractions. [...] 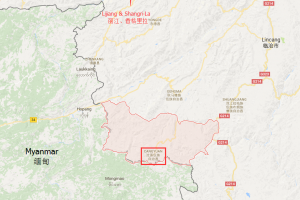 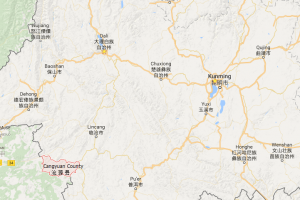 Although Cangyuan is not well-known as some top popular tourist sites like Shangri-La, finding a cozy lodging place is not a problem. And the price is pretty reasonable compared to the hotels in other places. They are well located, which is convenient for guests to get to the tourist sites. You can also get a home stay in Wengding Village. It’s not as comfortable as the hotels in the county, but a special and money-saving stay.  Although there is no deluxe [...]