Bingzhongluo, which is called ‘A Heaven of Peace and Happiness’, is the most beautiful place in Nujiang Grand Canyon. Bingzhongluo Scenic Area is seen as the other “Shangri-La” in Yunnan province. When you walk on the Tea Horse Road of millennium, see the roaring Nujiang River running among the steep cliff and deep valley, splendid church and temple, tranquil villages, thick forest and towering snow mountain, you may lose yourself in the wonderful landscape.

Natural Landscape: As the core tour destination of Nujiang, Bingzhong enjoys significant scenery among the canyon and mountain, such as Bingzhongluo Scenic Area, Stone Gate Pass.

Ethnic Culture: The living condition makes contribution to keeping of ethnic culture and traditional villages, such as the Longpu Village in Nujiang and Wuli Village in Bingzhongluo.

Other Destinations in Nujiang

There is much to see or to do in Bingzhongluo. Travelers, especially visitors who are inclined to adventure trip always regard three parallel longitudinal rivers as the top option. Bingzhongluo enjoys deep valleys and steep, overlapping and magnificent mountains and snow peaks, such as Dulongjiang River Valley and Gawa Gapu Snow Mountain. Otherwise, you definitely shouldn’t miss the festivals of minorities, it’s a good chance for travelers to explore ethnic culture. Yunnan Exploration shows you the top attractions, such as Bingzhongluo Scenic Area, Stone Gate [...] 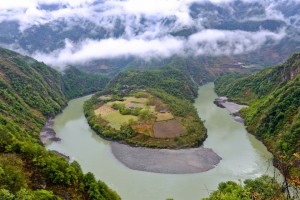 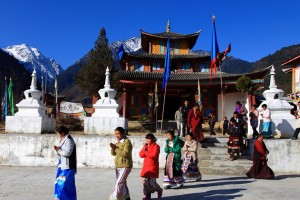 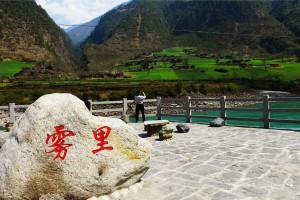 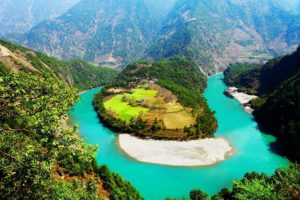 Travelers, especially visitors who are inclined to adventure trip always regard three parallel longitudinal rivers as the top option. Bingzhongluo Scenic Area is seen as the other “Shangri-La” in Yunnan province, which enjoys the unique and magnificent natural landscape, which is the integration of mountain, canyon and river. Otherwise, there are indigenous ethnic groups in Gongshan. In order to discovery Nujiang completely and deeply, Yunnan Exploration elaborately arranges divers several-day tours for travelers, such as 6 Days Nujiang Grand Canyon Adventure with [...] 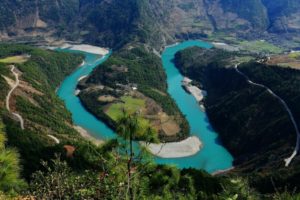 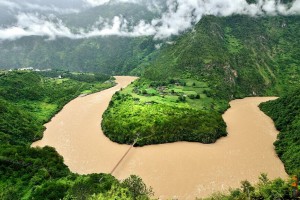 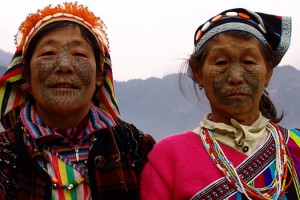 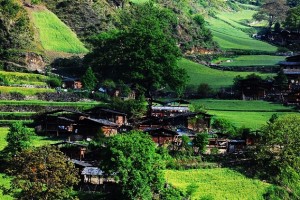 The climate in Bingzhongluo is warm and temperate. The summers here have a good deal of rainfall, while the winters have very little. This location is classified as Cwa by Köppen and Geiger. The average annual temperature is 16.0 °C in Bingzhongluo. About 1486 mm of precipitation falls annually. CLIMATE GRAPH The driest month is December, with 10 mm of rain. Most of the precipitation here falls in July, averaging 315 mm. TEMPERATURE GRAPH July is the warmest month of the year. The temperature [...]

More Bingzhongluo Climate & When to Go >>

Festival is the important way to carry on the traditional culture, such as the ritual, sacrifice ceremony, costume, art, dinning etc.. Most elements of traditional culture in Bingzhongluo can be seen in their traditional festivals, especially the sacrificing an ox of Dulong people and their dancing and songs.  If you want to know more about Dulong, Nu and Lisu, the featured festivals should not be missed. 1.Kaquewa Festival(New Year Festival) 卡雀哇节 Kaquewa Festival is the only New Year Festival of Dulong people. It [...] 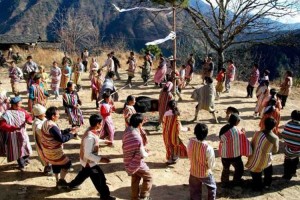 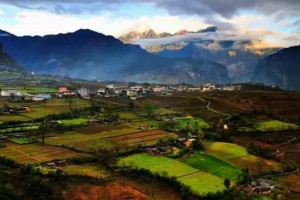 1.Where to Stay There are few hotels in the town.  • Yudong Hotel (玉洞宾馆) Yudong Hotel (玉洞宾馆) is the best hotel in Bingzhongluo with comfortable standard doubles with hot shower. Their dormitory rooms are often fully occupied. One can get accommodation for a double with shared bathroom and toilet. Tel : 0886-3581153 • Mother Ding's Hostel (丁大妈家)  This hostel is quite famous among Chinese backpackers. All rooms have either two or three beds. Shared bathroom, a beautiful court with nice views. It is always fully booked during Chinese [...] 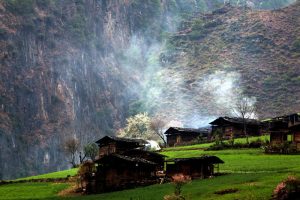 Tourist Attractions Map of Lushui City in Nujiang
How to Get to Dulongjiang Valley from Bingzhongluo
Cizhong Village-Bingzhongluo Transportation: By Car-rental & Walking 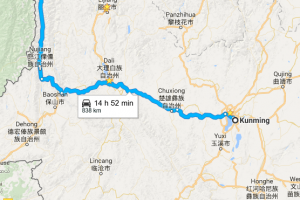 Bingzhongluo is an important destination and inevitable place in your Nujiang tour. There is no star or luxury hotel. Yunnan exploration provides some recommended hotels for your stay. English Name Chinese Name Address Telephone Number Comment Nuwa Inn of Bingzhongluo in Gongshan County 贡山丙中洛怒瓦驿栈   Near Peach-blossom Island, Ridang Village, Bingzhongluo Town, Gongshan County 15626506090 It is located in the foot of Snow Mountain and side of Nujiang River. It is on the road to Wuli Village, Chawalong Village. It is the favorable hotel for you to appreciating the charming landscape.   Gudaofang [...]