Christianity is a minority in Yunnan province of China. There are two divisions of Christianity in Yunnan Province: Protestantism and Catholism. The Shouters are present in the province. There are more than a million Protestants in the province. Yunnan has persecution of Christians. Fugong has a Christian majority. Nujiang has a notable Christian minority. Many of the A-Hmao and Eastern Lipo are Christians. Yunnan has Hmong Churches and many Lisu Churches. Han Chinese are a minority among the Christians in the province. The Roman Catholic Church, affiliated directly with the Vatican, has approximately 60,000 members in Yunnan. Membership is composed primarily of Yunnan’s ethnic minority communities.

History of Christianity in Yunnan

Nestorian Christianity arrived in the Tibetan region more than a thousand years ago. Christianity spread to Tibet and Yunnan province via the trade routes linking Europe and East Asia a millennium ago. As early as the 16th century, the Vatican sent missionaries to evangelise to the local community. By the 19th century, Pope Gregory XVI had created the Vicariate Apostolic of Lhasa and assigned French missionaries the task of converting the Tibetan people. But for all the myths about peaceful Tibetan Buddhists, the introduction of Catholicism to the region proved violent. Tibetan Buddhist monasteries regularly waged wars against the Catholic followers, killing priests and converts and razing churches and villages.

Trinity International Church is in Kunming, Yunnan Province. Founded in 1904, it was called Trinity Holy Church. In December 2004, the new church building was built and was given with its present name. The new church building covers an areas of 4018 square meters. The church has five services on Sundays. More than 7000 believers come to attend the congregation. The church has 19 full-time staff, including 6 priests, 6 preachers and 7 executives, and there are also 95 deacons and more than 300 volunteers.

Located in Jinbi Road of Kunming, Xi’an Shengtang is a Protestant church designed by British missionaries and built in 1922. Above the chapel is embedded the Chinese words “锡安圣堂”, which has a reading platform, lectern stage, and can accommodate 500 people. The existing Neo-Gothic building was rebuilt in 1993 with a cross standing on its gable. The lobby is in the form of a rectangular auditorium from the south to the north, with pointed Windows on both sides of the inner hall. The rostrum is at the southern end of the hall flanked by a choir. There are ancillary buildings.

“Laomudeng”, is the word of Nu Ethnic People which means a place where people are longing to stay. It is the largest church in the Nu river valley. Black brick wall, red lacquer and wood window, tin roof, simple and plain, which shows the purity and piety of people’s faith. Laomudeng church is located at the Laomudeng Village, Pihe Town, Gongshan County, Nujiang Lisu Autonomous Prefecture, northwest of Yunnan province. Christian churches in the Nujiang river area were all made by French missionaries. As early as 1902, French missionaries began to cross the Biluo Snow mountain from Cizhong, arriving at Nujiang river area to preach and established a number of churches. Laomudeng church is the largest one of them. From the outside, the church is not spectacular, with no familiar glass windows, domes, and iconic gothic spires, or even instruments like an organ.

Baihanluo church is the oldest church in the Nujiang area. Located in Baihanluo village, Baihanluo church was built in the 24th year of the reign of emperor Guangxu of the Qing dynasty (1898), in wooden construction combined in Chinese and Western style. It covers 454 square meters. The door is of the arch style with six matting fan, the second floor with arched windows, the third floor for the bell tower. In 1905, the local people held an anti-foreign religious revolt and burned down the church, which was known as the “Baihanluo case”. That Baihanluo church, built over a hundred years ago, is much more spectacular than the existing one. The excellent craftsmen of Jianchuan Dali made this church beautifully and magnificently. On the vaulted roof of the church beautifully painted murals that telling stories from the Bible. Stepping into the chapel in candlelight is like stepping into heaven.

The Cizhong Catholic Church is located in Cizhong Village of Yanmen Township, 80 kilometers from the south of Deqin County in southwest China’s Yunnan Province. It was first constructed at Cigu Village in 1867 (the 6th year of the Tongzhi Reign in the late Qing Dynasty), and was torched to ashes in 1905 during the Movement of Expelling Western Religions; it was reconstructed from 1909 to 1921, employing a great deal of labor, quantities of materials and huge amounts of money. It is a model which combines the architecture features of both western countries and China’s Tibet, Han and Bai ethnic groups. The church and its wing-room, gate, cellar and grape yard were well preserved by local government. It was listed as the key national cultural protection relics by the State Council in 2006.

In the late 19th century, French missionary Annet Genestier arrived at Bingzhongluo from Kangding to built church. In 1921, he purchased another piece of land in Zhongding village of Bingzhong township. It took more than ten years to build a new opalescent church symbolizing holy and pure, in two mini Notre Dame de Paris, finally completed in 1935. The church is located in Zhongding Village, 3 kilometers away from Bingzhongluo Township, Gongshan County, Nujiang Lisu Autonomous Prefecture, Northwest of Yunnan province. Zhongding church is the most famous church in Bingzhongluo area, which was built in 1908 by French missionary Annet Genestier and modelled on the Catholic church in Hong Kong, large and beautiful. It was destroyed during the “cultural revolution” and rebuilt in 1996. Smaller than the original church, the inside of the church is very simple, with a number of long wooden benches, and faded paintings hung on the wall. Behind the church is a simple little grave hidden by the trees where the missionary who built the church was buried.

he Catholic Church of Dali Ancient Town is located in a quiet alley of Renmin Road, Dali Ancient Town. It was built in 1927. The official introduction of Catholicism to Yunnan was in the late Ming and early Qing dynasties. The architectural features of the church are unique, regarded as the national treasure that blends the characteristics of the local Bai culture with the Han and Western architecture, enjoying a flying arch and a beautiful painting. The Dali is Ancient Town is beautiful, quiet and charming. It has rich multi-ethnic culture and traditional Chinese Han culture, and the unique combination of Western culture. Catholic Church is the evidence of the integration of Chinese and Western culture. The Catholic Church shows the harmony of Chinese and Western culture. The church is the combination of the features of Bai, Han and Western architecture. In 1983, it was entitled as the “Relics Protection Unit” by the Dali Cultural Relics Department.

Luduke Catholic Church is located about 130 kilometers west of Yanshan county, Yunnan province. It is 2200 meters above sea level and has a cold climate. It is a mixed area of Miao and Yi minorities. Founded in 1908, it is one of two Catholic churches that Wenshan Prefecture has approved to open. This church is a courtyard house with stone and wood structure, covering an area of about 700 square meters. It has the characteristic of French style architecture. It is also a key cultural relic protection unit of Wenshan Prefecture. In 2002, it was listed as the patriotism education base of Yunnan province, with rich landscape levels. According to the introduction of local informed old person, the bell that this bell tower set originally weighs 90 catties, the bell tone can spread 3 kilometers away. There is a classroom behind the bell tower, covering an area of 42 square meters. It was the place where the priest preached, and it is now a regular place of worship for local followers. 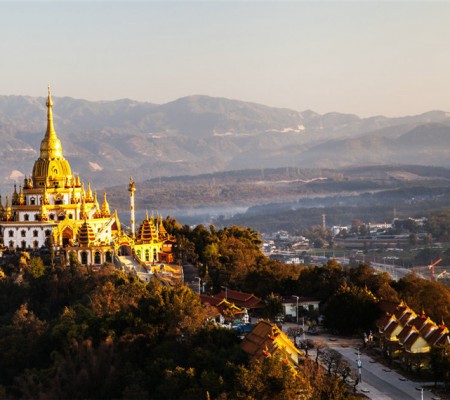 Yunnan is easily one of the most photogenic regions on the planet. Photography in Yunnan is a once-in-a-lifetime experience, and wander around a thousand-year-old ethnic villages, the beautiful Dianchi...