Wenshan Culture is diverse and colorful, featuring the folk culture of the 11 indigenous ethnic minorities including Zhuang, Miao, Hui, Yi, Yao and Bai, etc. It is a place where multi-ethnic groups inhabit. Different nationalities create different cultures. All these will make your Yunnan Travel more impressive.

Wenshan Prefecture has been inhabited by human beings since 50,000 years ago. In 111 BC, Emperor Wu of Han Dynasty set up a prefecture and county here. The Ming and Qing Dynasties set up Guangnan Prefecture and Kaihua Prefecture. Administrative division of this area in history initiated during the Western Han Dynasty (206BC-24AD), when the emperor launched the exploitation of southwestern border area. Kingdoms set up by local ethnic minorities were conquered and replaced by counties and shires newly established by the court.

There are 11 ethnic groups living in Wenshan including Zhuang, Miao, Hui, Yi, Yao, Bai, Dai, Buyi, Mongolian, Gelao and  Han. The major ethnic groups inhabiting the prefecture are the Zhuang and the Miao. They have different habit of living: Zhuang used to live at the headwaters region, while Miao like to live at the top of a mountain. The ancestor of Miao was good at hunting.  They live together harmoniously and retain their cultural legacy and life practices. The Zhuang people account for approximately one third of the prefecture's total population, while the Miao and the Yi account for 12% and 10% of the total, respectively.

There are five relions exist in Wenshan prefecture including Buddhism, Taoism, Islam, Catholicism and Christianity. Religion culture in Wenshan gains sound development, especially the Islam. There are many mosques in Wenshan, with the Wenshan Mosque being the most popular ones. Muslim Tours in Wenshan are the best choices to explore Muslim culture. Shoufo Temple in Wenshan City is the major Buddhist temple in Wenshan, many of the major Buddhist cultural activities are held there.  Luduke Catholic Church is a famous site for Catholic followers. It has the characteristic of French style architecture. It is also a key cultural relic protection unit of Wenshan Prefecture. In 2002, it was listed as the patriotism education base of Yunnan province.

Wenshan prefecture has made outstanding achievements in screen culture. Wenshan Xinying Culture Media Co., Ltd, established in March 2008, is the first film and television enterprise in Wenshan prefecture that has been approved by the State Administration of Radio, Film, and Television and has obtained the qualification for film production, integrating film and television drama production, issuing and screening. Since its establishment, Wenshan Xinying Culture Media Co., Ltd. has actively cooperated with major film and television production and issuing units such as China Film Group, Changchun Film Group, China International Television Corporation, and China Television's China Television Production Center, and has successfully produced feature films such as "Love of Ah E" (阿峨之恋) and "Luo. Love" (倮·恋). In recent years, Puzhehei Scenic Area has become hot destination for its impressive landscape and scenery due to the TV series "Eternal Love" (三十三世十里桃花).

Huashan Festival is the most important festival of Miao people in Wenshan. It is the festival to sacrifice ancestor of Miao, Chiyou(蚩尤), during the 3rd to 9th day of the first lunar month. The main activities include singing in antiphonal style, martial art show, horse-racing, bullfighting etc.

Torch Festival is one of the main festival of the Yi people of southwest China. It is celebrated on the 24th or 25th day of the sixth month of the Yi calendar, corresponding to August in the Gregorian calendar. The Torch Festival is an event as influential to the Yi people as the Spring Festival is in the Han people's lives. For 3 days, men and women, young and old, carry flaming torches and engage in a variety of activities. This time is also a good opportunity for young men and women to meet prospective spouses.

Panwang Festival is the grandest event for Yao ethnic group. The activities and time of festival differ regionally. In general, they will kill the animal and give a banquet for giving a cordial hospitality to guests. It is the activity to memorize their hero, Panwang, who protect them in the ancient time.

More about Ethnic Towns in Wenshan

The traditional ethnic villages usually have the well-preserved ethnic traditions, so they can be best choice for your Culture Tours in Wenshan. Traveling to the traditional ethnic villages, you can explore the most authentic ethnic traditions which can't be seen anywhere else. Bamei Village, Heiyudong Village, Nahong Zhuang Ethnic Village and Jiucheng Muslim Village are the best recommendations.

More about Festivals and Activities in Wenshan

Our Wenshan Festival Tours and Minority Discovery Tours will guide to explore the diverse and colorful culture in Wenshan. Choose the following ones or contact us to customize one for you. 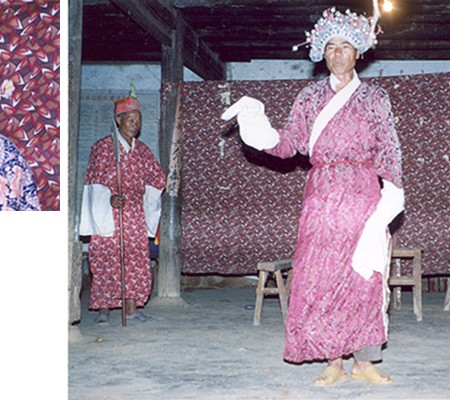 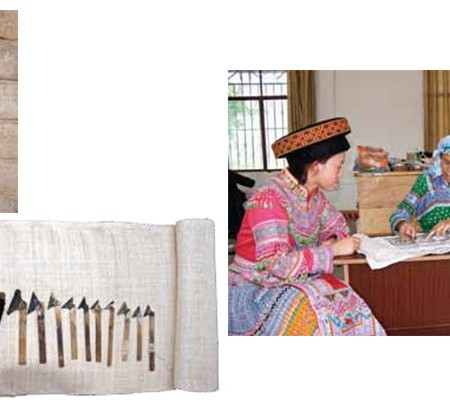