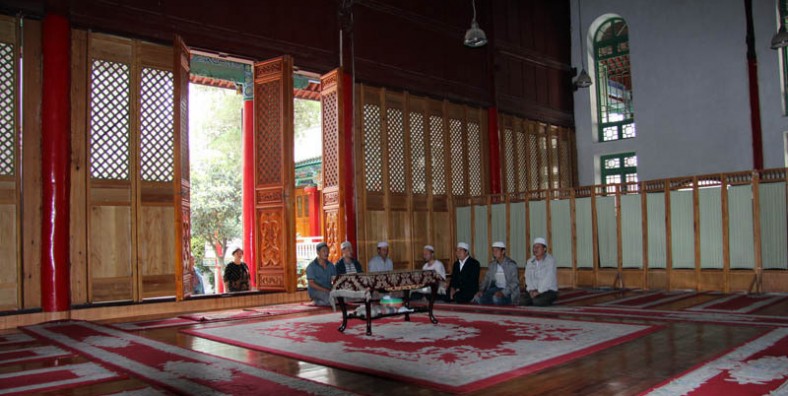 Shuncheng Mosque is located in Shuncheng Street, Kunming City, Yunnan Province. The temple is built along the old city wall of Kunming, so it is known as Shuncheng Temple, which is the largest mosque in Kunming. Founded in the Ming Dynasty (1425), and there was a expansion in the Qing Dynasty. At the end of the Qing Dynasty, it was destroyed by war, and then it was repaired and rebuilt for many times. The temple now covers an area of about 10000 square meters.

It is said that it was built in the first year of Hongxi (1425) in the Ming Dynasty, and the extension was donated by local Hui people. According to the reconstruction of Shuncheng Mosque Monument, there are buildings on both sides, and there are “scripture library” and “lecture room”. There is also “garden pavilion” in the courtyard. During the Anti-Qing uprising of Hui people in late Qing Dynasty, Shuncheng Street Mosque became the stronghold of Ma Linhan, the leader of Hui people. After the failure of the uprising, Shuncheng Street houses and the temple “all fire at the military fire.” In the sixth year of the reign of emperor GuangXu of Qing Dynasty (1880), local Hui people raised funds to rebuild the temple and expanded it again in 1927. After 1981, the Yunnan provincial people’s government made several grants to repair. The temple now covers an area of about 10000 square meters.

The temple of worship in Shuncheng Mosque is built on the top of hill in a corridor, with a width of 5 jacaranda and a depth of 3. The temple has a master’s room, a classroom, a bath room and a funeral home.There are pine and cypress in the courtyard.The reasonable layout of the building is a key cultural relic protection unit in Wuhua District of Kunming.Kunming Islamic Institute of Economics and Yunnan Province Yin Institute established in the temple. There are nearly ten thousand muslims in this temple, belonging to “Old Grid”.

Shuncheng Mosque is located in the junction of Jingguo Road and Shuncheng Alley. We provide 3 ways for tourists to choose.

Tourists can take Line.3 subway to Wuyi Road Station, and walk about 6 minutes to Shuncheng Mosque.

It takes tourists about 15 minutes to Shuncheng Mosque from downtown of Kunming by taxi.