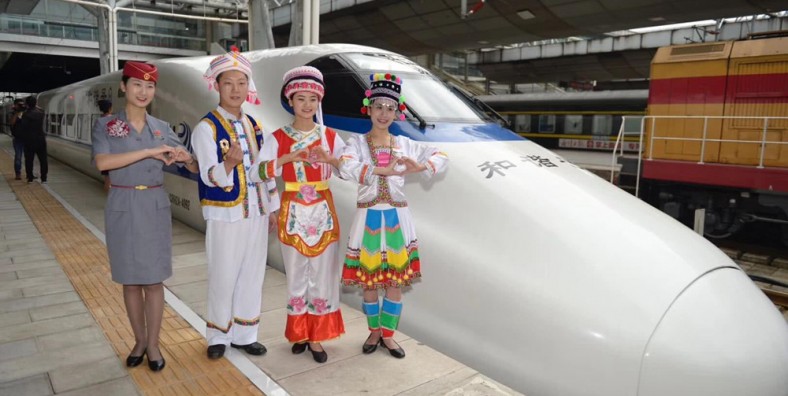 You will not miss the highlights of Dali in this 2 Days Dali City Tour. Enjoy your leisurely time strolling around in Dali Old Town and Xizhou Old Town; take a...

You will not miss the highlights of Dali in this 2 Days Dali City Tour. Enjoy your leisurely time strolling around in Dali Old Town and Xizhou Old Town; take a boat to cruise in Erhai Lake; pay a visit to the landmark of Dali – Three Pagodas in Chongsheng Temple. We will also provide a chance for you to learn tie-dyeing in Zhoucheng Village. Visit Dali Old Town, which is 13 kilometers away from Xiaguan in Dali City. It can be dated back to the year 1382 during the Ming Dynasty (1368-1644) and has been among the top listed historical cities of China since 1982. The tour in Dali Ancietn Town will include the Forigners Street, the Gate Towers and the Ancient City Wall.

In the afternoon, visit Three Pagodas in Chongsheng Temple which has a history of over 1,800 years located at the foot of Cangshan Mountain facing to the Erhai Lake. Three Pagodas are made of three ancient independent pagodas forming a symmetrical triangle.

This morning, cruise in Erhai Lake by the small boat to the Jinsuo Islet in the east Erhai Lake. There are 200 Bai ethnic families around 1000 people in Jinsuo Island. On the boat, enjoy the green Cangshan Mountain and the Three Pagodas from a far as well as lots of birds and seagulls flying over the lake.

After that, drive to  Xizhou Town to fully appreciate Bai-style traditional architectural courtyards, taste their fragrant Three-Course Tea and explore their distinctive culture. This little village has been called ‘a living art museum’ due to its unusual concentration of nationally protected heritage sites, mostly including architecture that spans the Ming Dynasty (1368 – 1644) until the creation of New China in 1949, but also includes centuries old trees, parks, and wildlife preserves.

After Xizhou, visit Zhoucheng Village which is the largest Bai ethnic village in China and the Bai Ethnic Tie-dying Cloth Workshop where you can take some special souvenir with the Bai ethnic style. The tie-dyeing products in Zhoucheng Village are well sought after, both at home and abroad. Do drop by and witness the process of this historical craftsmanship.

In the late afternoon, drive to take the high speed train back to Kunming. Service ends.