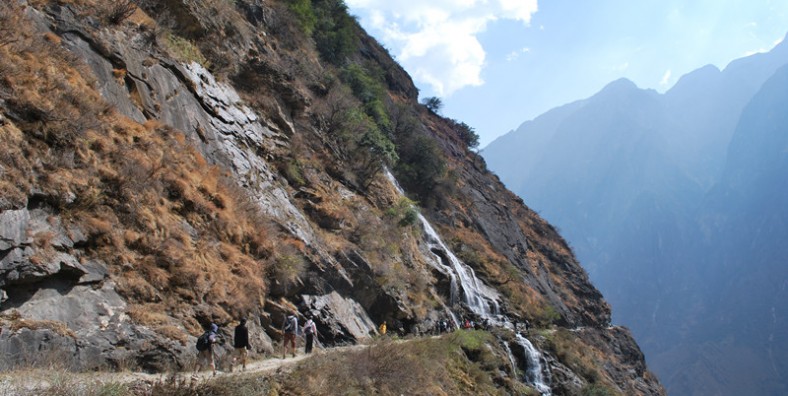 The most wonderful waterfall and cliffs during the hiking tour of Tiger Leaping Gorge
Guanyin Waterfall is the largest waterfall during the hiking in Tiger Leaping Gorge, it is located in the cliffs on the way of hiking from Halfway Guesthouse in Bendiwan Village to Tinas Hostel in the Middle Section of Tiger Leaping Gorge. The name of Guanyin Waterfall is from the name of the Guanyin Temple(观音庙) here. Guanyin or GuanYin is an East Asian bodhisattva associated with compassion as venerated by Mahayana Buddhists. She is commonly known as the “Goddess of Mercy” in English. Guanyin Temple here is only few meters from the waterfall hanging in the cliffs.