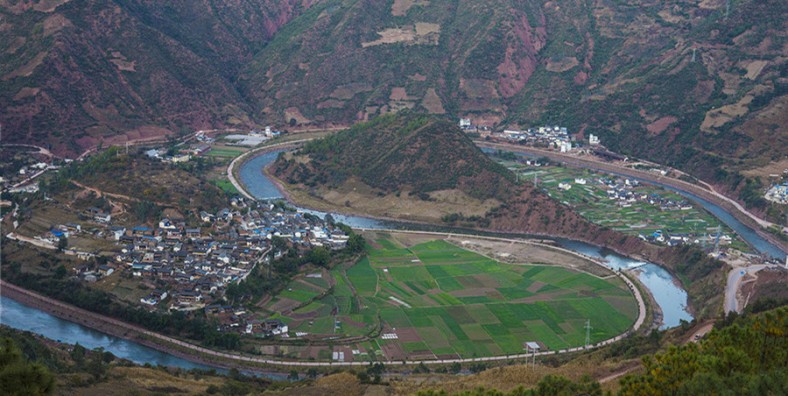 Pijiang is the main branch of upper Lancang River, originating from the Qingyanshi Mountain of Lanping in Nujiang. Enjoying an area of 2447.4 square kilometers, Pijiang crosses Lanping County and Yunlong County. Many ethnic groups live along the river. Compared with the colorful ethnic culture, it is famous for the rich mineral resources. Pijiang is known as the museum of ancient bridges because of the diverse bridges on the Pijiang River.

The largest lead-zinc mining area in the country is located in Lanping County, the upper reaches of the Pijiang River. It is an important non-ferrous metal production base in Yunnan Province. Due to the long-term large-scale disordered group mining, pollution control and supervision measures have not been well implemented. The pollution level of the Lancang River became increasingly serious, which eventually led to the loss of the production and living water functions of the main stream of the Lancang River, which seriously affected the sustainable development of the coastal urban and rural economy and society, and had a serious impact on the production and life of the people in the Lancang River Basin.

Yunlong’s preserved bridges range from the oldest primitive strops and rattan bridges to modern steel truss bridges which can form a bridge museum. In 2013, Pijiang Ancient Bridge Group was listed as the seventh batch of key cultural relics protection units in the country.

The stone arch bridge appeared earlier. These bridges are not only beautiful in form, but also strong in structure. These long-standing, well-formed and solid stone arch bridges still play an important role today. Therefore, it is a precious legacy that shows the industrious wisdom and excellence of the ancient workers. To the north of Yunlong county, there’s a river named Bijiang River(沘江), whose riverbed forms a shape of Taiji symbol. Because in Han Dynasty, Yunlong county was called “Bisu ” county, the Bijiang River, in fact, means “a river in Bisu”. With a whole length of 173 km, the river curves into a big “S” shape when passing here, forming a natural spectacle of Taiji symbol. In this natural spectacle, the Zhuangping dam in the north and Lian-jing-ping dam in the south constitute the two fish-like patterns representing “yin” and “yang” respectively in Taiji symbol, making it more vivid. What is called “Taiji Symbol” is a symbol used by ancient Chinese to explain natural phenomena in the universe, showing the the law of unity of opposites between yin and yang. Normally, there are also Eight Trigrams arranged in octagon around the symbol.

When the weather is fine in Dali, the sunshine is heated, and ultraviolet light is strong. People should avoid direct sunlight, and the sun hat preparation is required during outdoor activities, a pair of sunglasses will make you comfortable in the trip.