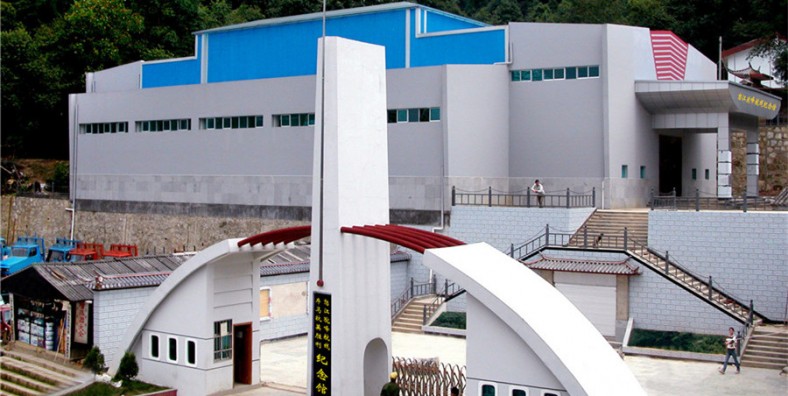 Why is Hump Route Memorial Hall So Special?

Covering an area of 3300㎡, Hump Route Memorial Hall is built for commemorating the hump route. It is currently the only domestic exhibition hall displaying the precious cultural relics of the wreckage of hump route airplane crash, and supplemented by detailed images reflecting comprehensively the common fights of Chinese and American people against the Japanese fascists and commemorating the pilots who died heroically on hump routes.

During the Anti-Japanese War, Nujiang prefecture is the main area over the hump route which which looks like hump. Therefore, the pilots in China and America named it “hump route”, which made great contributions to China’s Anti-Japanese War and the world anti-fascist war.

The Hump was the dangerous Himalayan route between India and China, along which American and Chinese pilots carried war supplies to aid the Chinese people’s war of resistance against Japanese aggression during WWII. Opened in 1942, the Hump Route began in the southern Indian state of Assam and reached the southwest Chinese province of Sichuan. As the major airborne passage connecting China and the Allied Forces during WWII, the hazardous Hump Route saw the loss of more than 500 planes and the life of more than 1,500 US and Chinese pilots. On March 11, 1943, an American pilot, Jimmy Foxx(吉米.福克斯), along with Chinese pilots Tan Xuan and Wang Guoliang, flew an C-53 transport plane of Air China from the Wujiaba airport in Kunming, China, to the Tingjiang river in India. On the way, the plane crashed in the town of Pianma in Lushui county due to low pressure and strong air flow.

The wreckage of the C-53 crash was found by Myanmar hunters in June 1996. On November 17, 1996, Myanmar informed China and China attaches great importance to it and the people’s government of Lushui county has sent personnel to guard the wreckage for 540 days.

In 1998, with the support of the people’s government of Yunnan province, Nujiang prefecture and Lushui county made great efforts to separated the wreckage into three parts and transported it to the Pingma anti-British memorial hall of Lushui county for temporary preservation on March 30. The people’s government of Nujiang state has set up a memorial sign at the C-53 crash site.

In 2003, the county party committee and the county government decided to fund the establishment of the memorial hall with the wreckage of c-53 crash as the main body, and also established the leading group for the construction project of the Nujiang hump route memorial hall and responsible for the preparation and financing.

On July 6, 2004, the memorial hall of the hump route started to build and the main exhibition hall was completed in November 2005, and officially opened to the public on December 21, 2004. Nujiang hump route memorial hall covers an area of 3300 square meters and an construction area of 1209 square meters. To enrich the displays of the museum, and provide more related materials for visitors, Lushui county cultural relics management department has been to Myanmar, Kunming and Nujiang to collect a large amount of historical pictures, documents, and some of the wreckage.

Walking into the memorial hall, the most complete remains of C – 53 crash wreckage occupied the majority of the museum, and visitors took photos from time to time. On the walls hung various pictures and texts of hump routes, telling the special history. Outside the memorial hall, the memorial tablet of the three pilots of c-53 crash(American Jimmy foxx, Cantonese Wang Guoliang, and Hong Kong Tan Xuan) parallelly placed, witnessing the friendship between China and the United States, the mainland and Hong Kong in the fight against Japanese aggression.

The C-53 transport plane that crashed into Lushui county of Gaoligong mountain range is the most complete wreckage left on the ground. The wreckage of C-53 is not only a precious relic recording the history of China’s Anti-Japan war and the world’s anti-fascist alliance, but also a historical witness of the Chinese and American people’s love for peace, solidarity in common enemy, resistance to aggression and maintenance of world peace.

Tourists can take a local mini-bus at Liuku Bus Station to Pianma, around 100 KM. It’s 580km from Kunming to Liuku. Express and sleeper buses leaving from Kunming daily from 8:00 am to 6:00 pm, 13hrs ride. There are also buses from Dali(8hrs) and Baoshan(4hrs) to Liuku. Or take the bus to Lushui and then transfer to Pianma County.